Zimbabwe will for the first time, assemble desktops, laptops, tablets and other ICT gadgets locally following the establishment of Zimbabwe Technology Company (ZITCO). 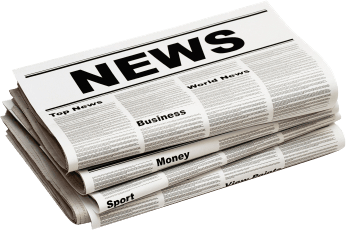 ZITCO is a joint venture between TelOne, Chinese company Inspur and a Government-owned entity and is involved in the assembling of computers and technological devices.

Located in Msasa at the TelOne factory, the plant has the capacity to produce 150 000 gadgets annually and offering employment to 30 workers to start with.

Touring the plant, His Excellency President Emmerson Mnangagwa said the project would enable Zimbabwe to join the international highway.

“ICT is the way to go. We need to modernize our economy. We need to catch up with the rest of the world,” he said.

“To do so, we don’t need to invent the wheel anymore. We need to access technology from those countries which are willing to engage and co-operate with us and China is one of such countries.”

“As this entity grows, it will deal with the domestic market and I see that in future it can also go in the external market, but for them to do so, they need to be supported by us.

“We have young people doing latest technology here. We always see those things in developed economies, now that is here in Msasa, Harare. Fantastic. This is what we want and let me assure you that as the Second Republic, we will support you and the ball is now in your court now that I know what is happening,” he said.

TelOne projects executive Mr Jeremiah Munembe said the benefits of having a computer plant as a nation include import-substitution.

“This will result in less funds being spent on Importation and we will also be able to empower and create employment not only in this plant, but also to downstream industries,” said Munembe.

“We are also looking at opportunities where we will work with other small to medium enterprises and innovation companies in terms of software components. We are looking at a number of products that feed into laptops, desktops and ICT devices.” Mr Munembe added.

The Corporate Social Responsibility Collaborative effort between TelOne and NetOne saw the two institutions handing over a refurbished ward and an assortment of equipment to Sally Mugabe Central Hospital (formerly Harare Hospital) recently.

TelOne and NetOne have set up a joint COVID 19 response support facility to the tune of ZWL$10million in the fight against the pandemic.